Peak stuff is not happening

and the media:
If having more no longer satisfies us, perhaps we’ve reached ‘peak stuff’ | Will Hutton | Opinion | The Guardian

Another has been the genuinely 'sharing economy':
Futures Forum: Ride-sharing with BlaBlaCar
Which Way for the Gig Economy? | P2P Foundation

The author of Empire of Things: How We Became a World of Consumers, from the Fifteenth Century to the Twenty-First has just written a piece challenging our lazy notions:


Declutter your cupboard if you want, but it won't save the planet

Claims that we are tiring of selfish consumption aren’t supported by the evidence. Without a fundamental rethink, nothing will change 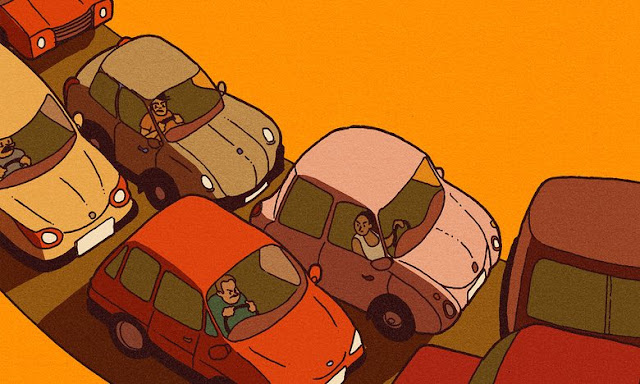 s this the year we finally get to grips with all our stuff? If so, it has been a long time coming. Forecasters and commentators say we have entered a new era where people prefer to share rather than own, and prize experiences over possessions. Retailers worry about the implications for them of a public sated on “peak stuff”. Official figures suggest that Britons are consuming ever fewer resources. And witness the worldwide success of the rationalisation bible, Marie Kondo’s The Life-Changing Magic of Tidying Up: The Japanese Art of Decluttering and Organising.

Declutter your cupboard if you want, but it won't save the planet | Frank Trentmann | Opinion | The Guardian
.
.
.
Posted by Jeremy Woodward at 01:00