This year, 'seek out and support one of the many conservation groups dedicated to protecting our natural resources: The battle ahead is still an uphill one, but at least it's beginning to look like one we can win.'

Nevertheless, maybe we can 'do something':
Futures Forum: In 2017, resolve to follow the news less closely: resolve not to be distracted by things you have no control over.

Here is a perspective on the natural world in 2016 and a couple of suggestions from the Plymouth Herald:


Back in the 1980s it became quite depressing to care about Nature. We had the likes of David Bellamy on telly, painting an apocalyptic vision of the future, and they were quite right – there was, and still is, a lot to be gloomy about.
But the danger in being too pessimistic is that eventually people feel so helpless they stop bothering altogether. Sir David Attenborough understood that, which is probably what made him a National Treasure. 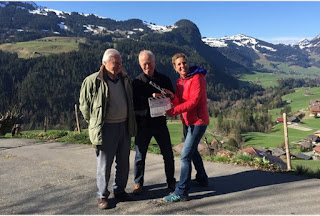 Westcountry GP Lucy Obolensky with Sir David Attenborough during the filming of Planet Earth II
Not much has improved since the 1980s – and in many ways Nature is in worse straits than ever. But conservationists say that 2016, for all its upheavals, has seen some "landmark" environmental successes.
Perhaps we really are learning to love the planet.
Global wildlife populations are expected to have declined by two thirds on 1970 levels by the end of the decade, but 2016 shows we can make a difference.
Some of the world's most charismatic species have seen an upturn, with tiger numbers increasing for the first time since conservation efforts began and giant pandas moved off the "endangered" list, according to the wildlife charity WWF.
Close to home, improved protection for whales has paid off. In January two humpback whales made a rare appearance in St Ives Bay in Cornwall. One who saw them, Vivian Stratton of the St Ives National Coastwatch Institution and an experienced marine wildlife watcher, said it was the first time he had seen the species in more than 60 years. 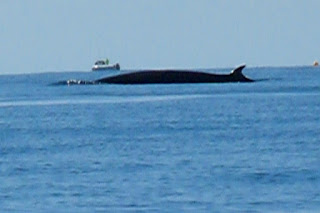 In September, kayaker Rupert Kirkwood, paddling near the Eddystone Rock off Plymouth, spent an hour in the company of a very rare visitor – a fin whale, the second largest creature on the planet after blue whales.
Paignton Zoo's efforts to raise money through its Great Big Rhino public art project have not been in vain. Africa's rhinos are still reeling from the rapacious demands of sexually insecure Chinese and Vietnamese, who want their horns as an aphrodisiac, but elsewhere the picture is improving. Nepal has achieved two years in a row with no rhino poaching. Even so, it's a lonely business being a Nepalese one-horned rhino: the total population has hit a new high of just 645.
This year the UK committed an extra £13 million to tackle the illegal wildlife trade, ratified the Paris Accord on climate change, and has now designated 50 Marine Conservation Zones. 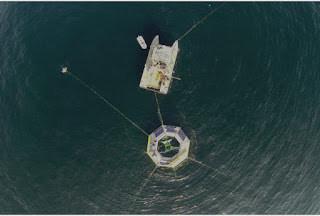 Solar power – led by the South West – has overtaken coal in Britain, and marine renewable energy is at last showing signs of life, with three prototype devices now hooked up to the Wave Hub off Hayle in Cornwall.
The battle ahead is still an uphill one, but at least it's beginning to look like one we can win. How can you help?
Don't be a sceptic, for one thing – this is a real problem, and a man-made one.
Seek out and support - with time or money - one of the many conservation groups dedicated to protecting our natural resources. They are many and varied, from the Marine Conservation Society and Surfers Against Sewage to your local county Wildlife Trust and the WWF.
Best of all, easiest of all, find yourself a sandy Cornish beach on a sunny day. Stand with your bare toes in the water and soak up the beauty. If you had such a work of art on your livingroom wall, would you allow anyone to deface it?
Syria, Brexit Trump ... so what, exactly, did 2016 do for us? | Plymouth Herald
.
.
.
Posted by Jeremy Woodward at 01:00