The future of health services in Devon: "We are underfunded, understaffed and desperately overstretched."

But it need not:

It's a black alert, a humanitarian crisis, a major incident, exceptional measures are demanded. I this Syria? Sudan? Or perhaps a terrorist attack in a major European city?
No, it's a normal working day at your hospital in January. No one, even those of us who have served the NHS for a long time (38 years for me) have witnessed anything like it.
We are underfunded, understaffed and desperately overstretched. In comparison with other European countries we have fewer beds, fewer doctors and nurses and fewer scanners. But when challenged the prime minister and the health secretary repeat the mantra about the huge amounts of extra cash the NHS is receiving.
NHS needs money, not meddling politicians, says Devon consultant | Plymouth Herald

And Prof Allyson Pollock, Head of Public Health Research and Policy 'Privatisation of the NHS': Video of her TEDX Talk at Exeter Uni in 2014.

Published on Apr 29, 2014
This talk was given at a local TEDx event, produced independently of the TED Conferences. The 1948 Act establishing the NHS gave the Secretary of State for Health the duty to provide universal health care.
The Health and Social Care Act 2012 removes this duty and introduces a market. Allyson Pollock describes why we need to worry.

Privatisation of the NHS: Allyson Pollock at TEDxExeter - YouTube

Plus a recent video: "Sell Off'--The Full Movie"
Sell-Off: the Abolition of the NHS | Facebook
Sell-Off - The Full Movie - YouTube 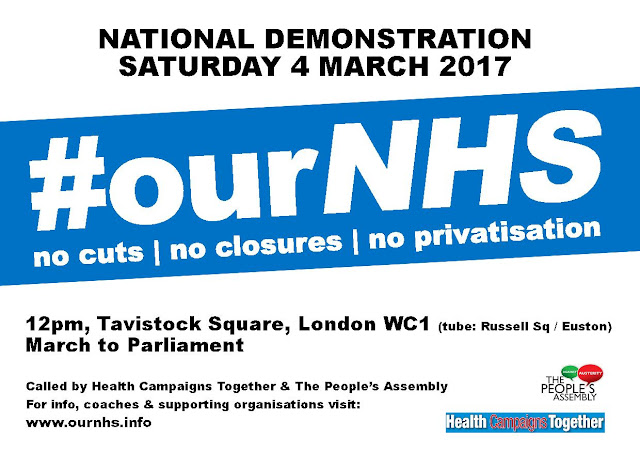 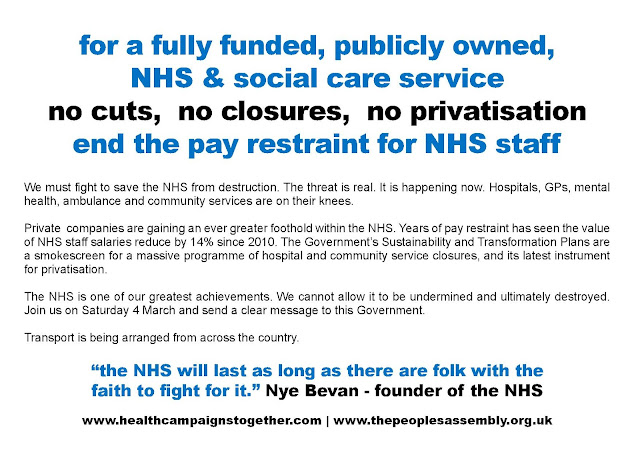